Chapter 4 of Beyond has now been released and has brought with it some substantial changes to the game of Elite: Dangerous. The main improvements are in relation to Exploration, Mining and the introduction of Squadrons. Some of you may be reading this document because those things have drawn you back to the game. Others have been playing for a while and are now looking towards Pilot Syndicate 4 for some direction in the game.

Pilot Syndicate 4 was conceived on the announcement of the PS4 release date of Elite Dangerous. The initial idea was to bring PlayStation 4 players together under one banner so that they could benefit from working as a collective. However, there was no mechanic for this in game. During the build-up to the release of Elite: Dangerous on the PS4, the Facebook group “Elite Dangerous (PS4)” was formed. It is a group dedicated to PS4 players and Elite: Dangerous. The group grew and included people who only played on PC and Xbox, joining to offer help and advice to the fresh PS4 players.

As more and more interest grew, a separate group called “Pilot Syndicate 4” was formed for those wishing to be part of this group. Some people started to roleplay within the Elite Dangerous (PS4) group and all was good with some good banter. The group was controlled with inappropriate comments and posts being removed and abusive people being banned.

Pilot Syndicate 4 expanded onto Inara and Discord. However, there were security issues that the current officers of Pilot Syndicate 4 struggled to agree on. Eventually, the syndicate broke up and started to fade away.

Revitalised by the Beyond Chapter 4 update and the new in-game Squadron system that helps with security, the Syndicate is now set to grow to its former glory! 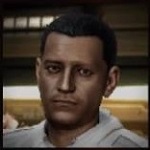